List of Avatar: The Legend of Korra Book 3: Change Episodes 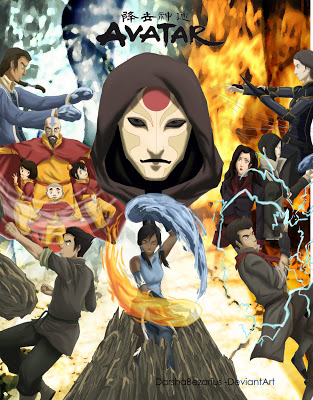 Other name: Avatar: The Legend of Korra Book 3: Change

Michael Dante DiMartino and Bryan Konietzko created the third season of the animated television series The Legend of Korra, titled Book Three: Change, which consists of thirteen episodes ("chapters")all produced by Studio Mir. In the United States, the season premiered on Nickelodeon on June 27, 2014. The series ended airing on Nickelodeon after episode 8 on July 25, 2014, due to leaked episodes and dwindling ratings. Episodes 9 through 13 of Book Three were then made available on the Internet weekly on Nickelodeon's website and on digital download platforms. The season is set mostly in the Earth Kingdom, one of the series' four major nations, and depicts the resurgence of airbending among individuals from other nations.
Episodes