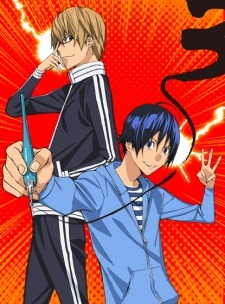 Moritaka Mashiro and Akito Takagi, also known by their pen name Muto Ashirogi, are on their third serialization and getting closer to their dream of an anime adaptation. However, the true struggle is yet to come: they will be canceled if they are unable to compete in the ranks with the artist Eiji Niizuma after six months. To make matters worse, a slew of rivals are closing in and vowing war. They don't even have time to consider an anime! In Bakuman, to be precise. Muto Ashirogi must find a way to stay atop the huge mountain that is the Shounen Jack rankings in the third season. The two continue to work toward their goal, despite new challenges and new aides.
Episodes