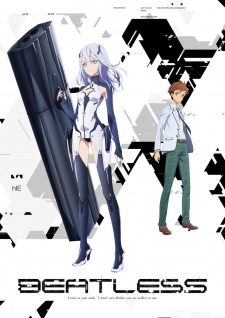 Humanity has produced hIEs, human-like robots who serve as public and personal servants for society, thanks to technological developments. Arato Endou, a kind-hearted high school student, treats hIEs like equals, but his financial position prevents him from ever owning one. His usual existence is disturbed, however, when a routine trip to the local grocery shop goes tragically wrong. Arato is on the edge of death after being viciously abused by a hacked hIE; nevertheless, he is saved by an atypical hIE carrying a weaponized coffin. Lacia is one of five highly evolved hIEs that just escaped the hands of the enigmatic MemeFrame Corporation.
Episodes