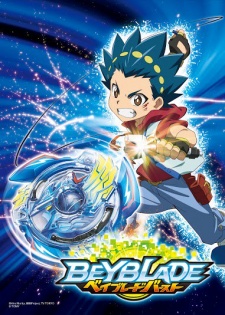 The plot centres around Valt Aoi and Shu Kurenai, as well as their teammates Rantaro Kiyama, Daigo Kurogami, and Wakiya Murasaki from Japan's Beigoma Academy. When they are not studying, the close friends are infatuated with their Beyblade, forming a school bey club later in the season and challenging one another to battles at their Bey Stadium. The pals soon become friendly rivals as they battle for the title of Japan's greatest Blader.
Episodes