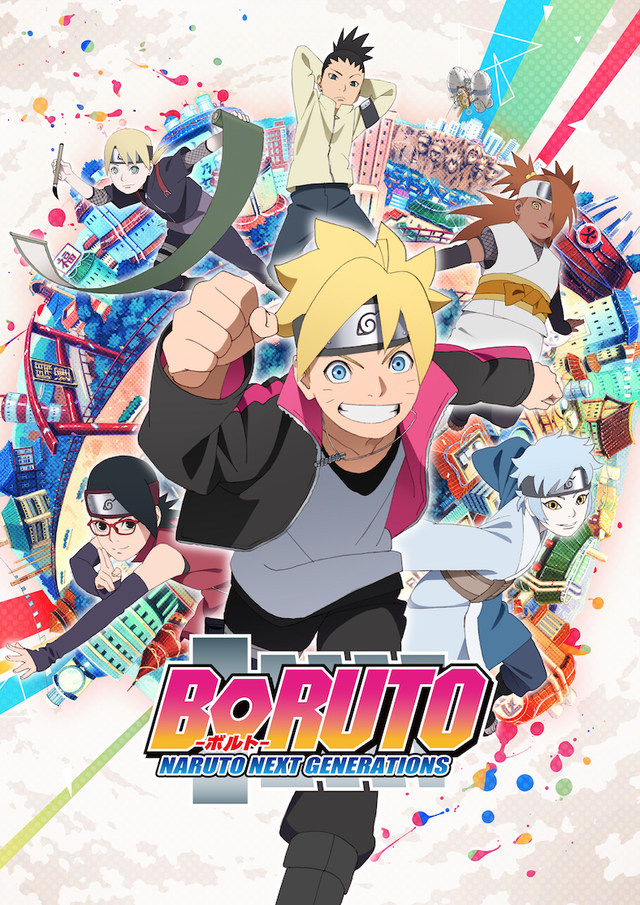 Other name: Boruto: Naruto Next Generations

Konohagakure has been enjoying a time of peace, prosperity, and tremendous technical innovation since the triumphant conclusion of the Fourth Shinobi World War. All of this is thanks to the Allied Shinobi Forces and the village's Seventh Hokage, Naruto Uzumaki. Konohagakure, which now resembles a contemporary metropolis, has changed, as has the life of a shinobi. A new generation of shinobi has stepped up to study the ways of the ninja, under the watchful eye of Naruto and his old colleagues. Boruto Uzumaki, the son of the Seventh Hokage, is frequently the center of attention. Despite inheriting Naruto's rowdy and defiant character, Boruto is regarded as a genius who is able to realize his full potential with the assistance of supportive friends and family. Unfortunately this has only worsened his arrogance and his desire to surpass Naruto which, along with his father's busy lifestyle, has strained their relationship. However, a sinister force brewing within the village may threaten Boruto's carefree life. New friends and familiar faces join Boruto as a new story begins in Boruto: Naruto Next Generations.
Episodes