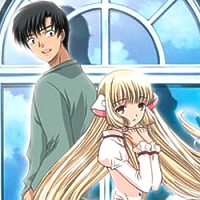 Can love remain the same when computers begin to resemble humans? Hideki Motosuwa is a young country boy who is working hard in order to get into college. Coming from a low-income family, he can barely afford the necessities, let alone the latest craze: Persocoms, personal computers that look exactly like humans. On his way home one evening, he comes across an abandoned Persocom. She appears to be defective after being taken home and activated, as she can only say one word, "Chii," which eventually becomes her name. Chii, unlike other Persocoms, is unable to download information onto her hard drive, so Hideki decides to teach her about the world the old-fashioned way, while also studying for his college entrance exams.
Episodes