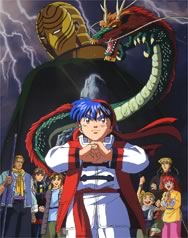 The narrative is set in 19th-century China during the Qing Dynasty, when the Emperor is feeble and the country is on the verge of collapse. It is also set in a mythical era known as "The Era of the Cooking Wars." It was a period when elite chefs of various cooking styles competed to develop their abilities and become China's finest chef. It is a country where disrespecting a top chef or messing with with cooking may put you in jail, and mimicking a top chef is considered usurpation of authority. Chefs fight with one another for respect and even power, but there is also the risk of losing everything.
Episodes