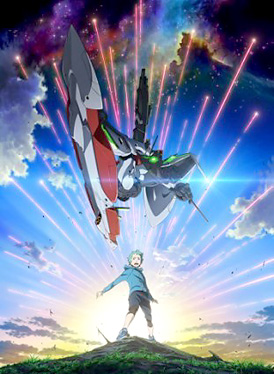 The narrative takes place on Okinawa's remote island of Iwado, which has witnessed a rising movement campaigning for a restoration to self-government. Ao Fukai, a 12-year-old child who has lost contact with his father, lives on the island with an elderly doctor called Toshio and is preparing to start middle school. Unknown people kidnapped Ao's mother a decade ago. Naru Arata, Ao's childhood friend and the story's protagonist, is 12 years old and lives with her father, elder sister, and grandmother. She possesses a "Yuta" power that was awakened within her as a result of an occurrence when she was young. A strange thing known as "Secret" arrives out of nowhere and attacks the island's Scub Coral lifeform. Ao launches a military FP known as "Nirvash" aboard a Japanese military ship.
Episodes