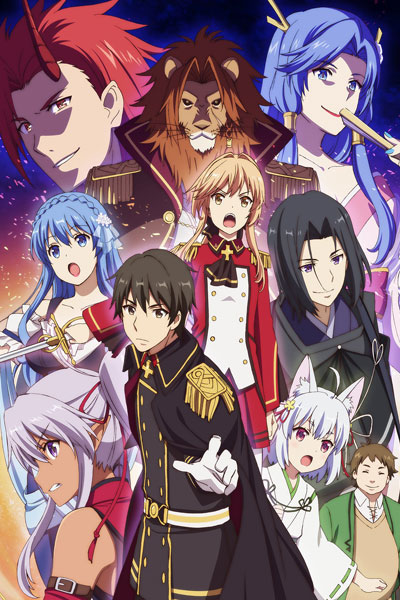 Kazuya Souma, a 19-year-old promising civil servant, is left all alone after his grandfather dies, with no one to call family. He is unexpectedly sent to the Elfrieden Kingdom, a little sick kingdom in another planet, to be a "hero." An ongoing battle with the demon army has placed the entire world in danger, and Kazuya has been asked to help in the struggle as an offering from Elfrieden to its friends. Dissatisfied with being exploited as a pawn, Kazuya intends to assist the kingdom in reviving its ailing economy—not via adventure or war, but by administrative reform. After being crowned King of Elfrieden and engaged to the princess, the "Realist Hero" Kazuya sets out to recruit a squad of skilled citizens who would assist him.
Episodes