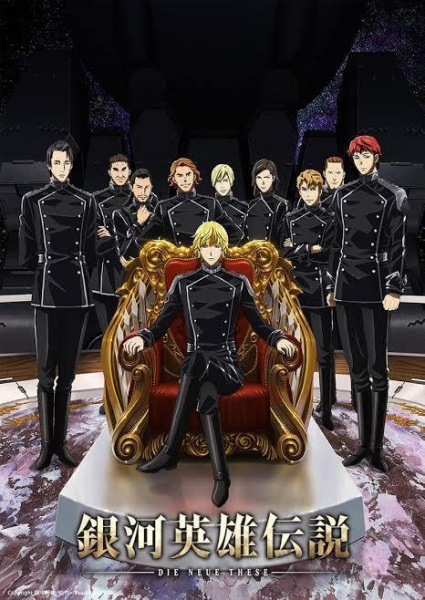 However, the long-standing stalemate between the Empire and the Alliance comes to an end with the advent of two competing military geniuses. Reinhard von Lohengramm, a small aristocrat and High Admiral of the Empire due to his strategic genius and his sister's status as the Kaiser's chosen consort, dreams of conquering the galaxy and unifying mankind under his iron grip. Meanwhile, Yang Wen-li of the Alliance, an enthusiastic historian and reluctant commodore dubbed the Hero of El Facil, utilizes his tactical brilliance to maneuver around his commanders' incompetence and to create the route to long-term peace. As the fight rages on, Reinhard and Yang both struggle for their beliefs and a position among the stars as the leaders of a new era of galactic heroes.
Episodes