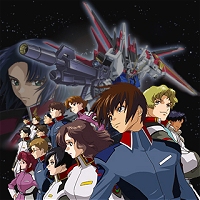 Heliopolis, an ostensibly neutral space colony, was home to a top-secret weapons development facility that produced Gundams for the Earth Alliance. ZAFT, made up of Coordinators (genetically modified/upgraded humans), assaults Heliopolis and steals four of the Alliance's five Gundams. On the battlefield, civilian Kira Yamato comes upon the Strike, the alliance's lone remaining Gundam, and is compelled to pilot it. In the midst of the conflict, he runs upon his closest buddy, Athrun Zala, who is one of the hijackers of the 5 Gundams and supports ZAFT. He is the only one who can pilot the Gundam because he is a Coordinator. But Kira is not with ZAFT or the Alliance, despite the fact that they are his own kind. He had no choice except to turn to the Alliance.
Episodes