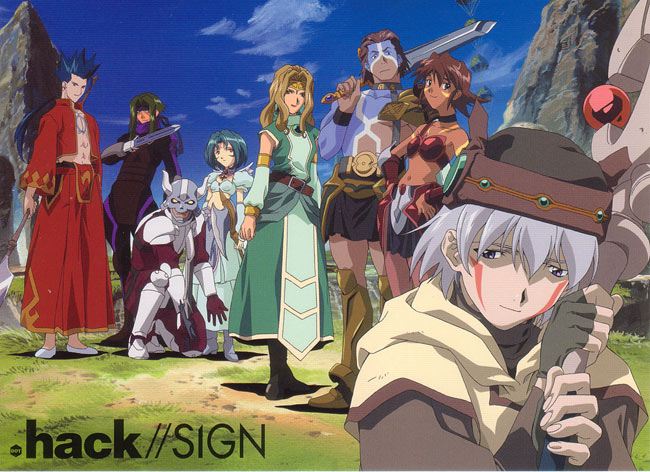 A teenage wavemaster known only by the nickname Tsukasa awakens with minimal amnesia in an MMORPG called The World. He has no recollection of what he did before waking up. In The World, the Crimson Knights accuse him of being a hacker after he was observed following a cat-tweaked character. He can't log out of the game, so he walks about hunting for answers, dodging knights and other gamers along the way. Tsukasa discovers a supernatural object in the shape of a "guardian," which guarantees him safety from any danger while he explores The World. Subaru, the Crimson Knights' captain, and numerous other players who became acquainted with Tsukasa, set out to investigate why Tsukasa is unable to log out, and attempt to get to the bottom of the problem before it gets out of hand.
Episodes