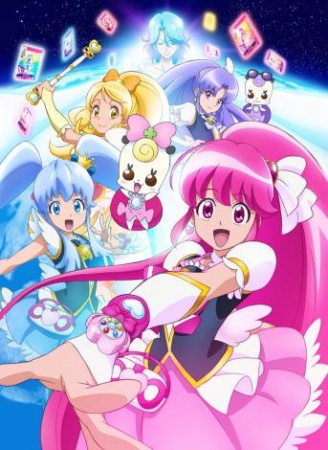 The release of previously sealed members of the Phantom Empire into the world was caused by the opening of a box known as the "Axia" some time ago. Warriors known as the Precure have risen to guard mankind from these vengeful monsters, and their heroic exploits have earned them superstar status on television screens all around the world. Hime Shirayuki, princess of the realm where the Axia was originally housed, is one such fighter who changes into the "Cure Princess" to fight monsters sent by the Empire. However, Hime's timid attitude frequently hinders her ability to repel the assault. Hime, frustrated with her bad luck and desperate to find a Precure companion, befriends Megumi Aino, a cheerful adolescent. Hime fails to act as a Phantom Empire commander comes.
Episodes