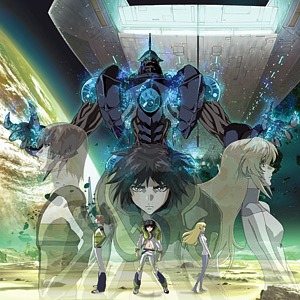 Three sentient races responded when the Golden Race asked other races to join them among the stars. They were known as the Bronze, Silver, and Heroic Tribes by the Goldens. Just as the Gold Tribe was about to leave to journey to another Universe, a fourth race emerged, traveling to the stars based on their own achievements. The human race was dubbed the Iron Tribe by the Golds. Humanity has suffered at the hands of the more dominant races over time and is now on the verge of extinction. Following a prophesy provided by the Gold Tribe, Princess Deianeira sets out to find the mighty entity capable of saving humanity. On an abandoned planet, she encounters a wild-haired boy—a momentous encounter that will not only transform her destiny.
Episodes