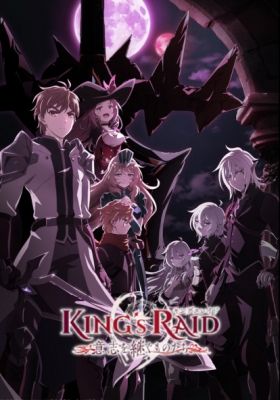 Kyle, the king of Orvelia, vanquished the demon king Angmund a long time ago, bringing peace to the planet. However, demons have been spotted in the woodlands one hundred years later, posing a new threat to civilization. A scouting party is dispatched to check the allegation, but only one member returns. Meanwhile, Riheet, the head of a dark elf mercenary squad, plans to seize control of Orvelia in order to seek revenge on the humans who abandoned their species a century ago. Kasel, joined by the priestess Frey, sets out to find Clause, an old friend who went missing during the disastrous expedition. However, Kasel realizes along the journey that he is the son of the legendary King Kyle and the only one who can wield the Holy Sword.
Episodes