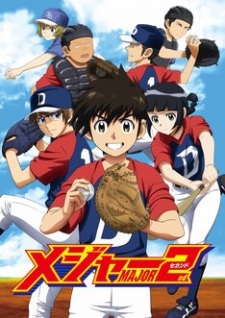 Daigo Shigeno, the son of legendary baseball player Gorou Shigeno, thinks he must live up to his father's legacy by becoming an all-star himself. With big hopes, he joins the Mifune Dolphins, the same little league baseball club his father played on, as soon as he reaches fourth grade. Things, however, do not go as planned. Daigo's lack of talent and natural baseball intuition is evident after only a few workouts, and his confidence is shattered. He departs the club after less than a year, unable to stand the strain of living up to his father, a baseball prodigy. A transfer student joins Daigo's sixth-grade class two years later. This pupil is Hikaru, the son of Gorou's close buddy.
Episodes