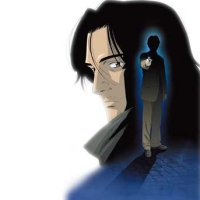 Dr. Kenzou Tenma, an exceptional neurosurgeon who recently married the daughter of his hospital's director, is well on his way to the top of the hospital's hierarchy. That is, until one night when a seemingly insignificant occurrence alters Dr. Tenma's life forever. While about to operate on a patient, he receives a call from the hospital director instructing him to switch patients and instead conduct life-saving brain surgery on a renowned performer. His colleagues, fiancée, and the hospital director acclaim his achievement; but, as a result of the move, a poor immigrant worker dies, prompting Dr. Tenma to confront a moral dilemma. So, when a similar circumstance comes, Dr. Tenma stays firm and decides to operate on the little boy Johan Liebert rather than the town's mayor.
Episodes