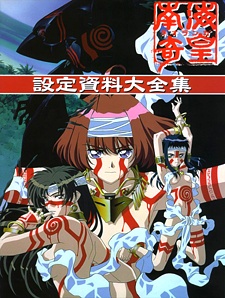 Ranga, an ancient God, emerges on a secluded island in the South Pacific where he had been dormant, forgotten by humans. Minami, Ushio, and Yuuhi Shimabara, three sisters living in Tokyo, learn they have inherited the Island Kingdom, as well as the enormous God. When Ranga appears in Tokyo, it quickly becomes a source of fascination and conflict for the three sisters who govern Ranga, as well as those who want to destroy it and others who want to harness it.
Episodes