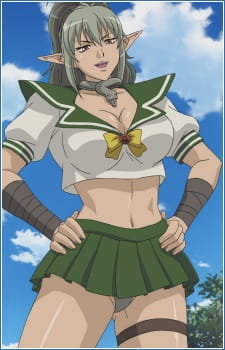 A tournament known as the Queen's Blade is conducted once every four years on the Continent to choose the most attractive and strong Queen. Various combatants from all around the Continent travel to Gainos (, Gainosu, sometimes Gynos), the Queen's Capital, to destroy Aldra, the present Queen. The main plot of Queen's Blade follows Leina, the heiress of the illustrious Vance family and the next in line for the throne, as she journeys to Gainos, where she meets a slew of other warriors who are also participating in the Queen's Blade for their own reasons.
Episodes