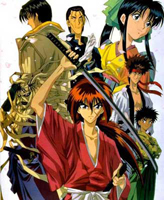 Hitokiri Battousai was a renowned assassin who lived in the closing years of the Bakumatsu era. He was feared across the country as a brutal murderer, but unexpectedly vanished at the height of the Japanese Revolution. Although it has been ten years since then, the mere mention of Battousai still strikes fear into the hearts of military veterans.
Episodes