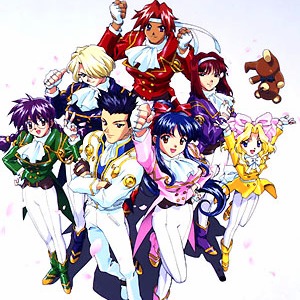 Sakura travels to the capital with the intention of defending it from the demonic forces of the Black Sanctum Council, like her father did before her. However, things do not go as planned since, in addition to piloting a mech called a Kobu, she must also perform on stage as an actress because The Imperial Flower Division's cover is an art theater. Making a fool of herself and wrecking a production puts her on everyone's bad side, and she must learn to cooperate with them while also preventing the enemy from destroying many shrines that safeguard the city.
Episodes