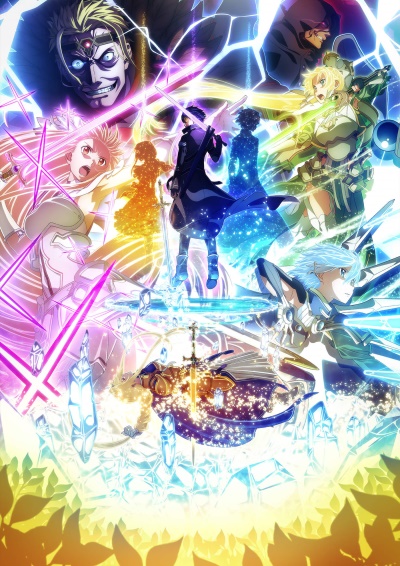 The ultimate struggle against the Dark Territory rages on, as gamers from all over the world pour into the Underworld's servers, wreaking havoc on the Human Empire. With everything they have, Asuna Yuuki and her pals protect their new allies, but their numbers are dwindling. Meanwhile, Alice Zuberg is on her way to the World's End Altar, and Gabriel "Vecta" Miller is chasing her down. Meanwhile, Rath members devise a strategy for restoring Kirito's damaged fluctlight. The invaders who have taken over the main control room, on the other hand, have different ideas. When all hope seems to be lost in the face of death and sorrow, a familiar voice calls out to Kirito, saying, "I will always be at your side."
Episodes