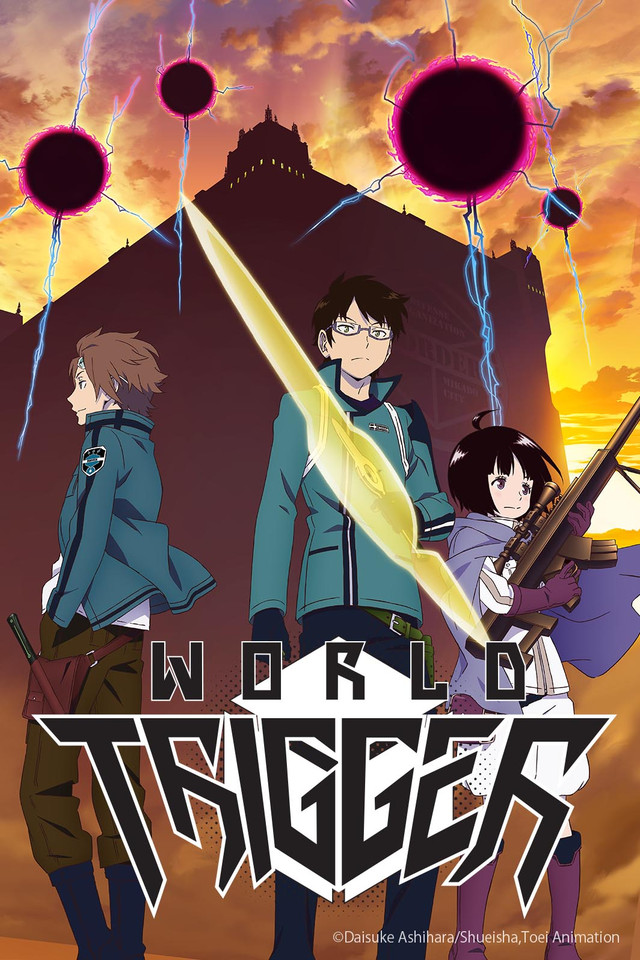 Mikado City is attacked by bizarre creatures known as "Neighbors," evil monsters resistant to ordinary weaponry, after a portal to another realm unexpectedly emerges on Earth. In response to their arrival, the Border Defense Agency was formed to combat the Neighbor threat using special weapons known as "Triggers." Even though several years have passed since the gate first opened, Neighbors remain a threat, and members of Border remain on guard to ensure the planet's safety.
Episodes