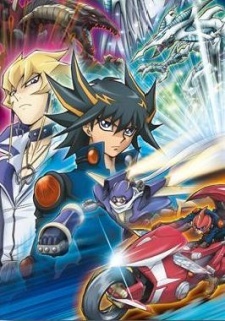 Domino City has become a shell of its former self many years after the adventures of Yugi Mutou: Neo Domino City. The affluent and the poor are separated by a wide chasm, and bridging that difference is tough. Neo Domino has decided to amuse itself with a crazy new event dubbed "Riding Duels," which is the newest version of the classic Duel Monsters card game. Yusei Fudou, a young guy who lives on the border of the law and makes his own laws, enters the picture. His quest to regain what is rightfully his from an old buddy turns out to be far more than he and many of his newfound "Signers" could have imagined.
Episodes